What is sonnet forms and History

Sonnet is a type of lyric poetry

It consists of 14 rows with a special type of lay plan. The most important thing about this is that it presents only one thought or feeling. And its charms the charm of the poet's personality. The sonnet was born in thirteenth-century Italy and Dante is believed to be the father of it. Later Petrarch gave it its entirety.

Italian is the subject of the sonnet, there was love only between men and women and poets did not write a sonnet on any other subject. As you will see in the Ghazals of Urdu, in its initial phase, the ghazal was seen revolving only around the woman, where the affection and love of the female man were shown. 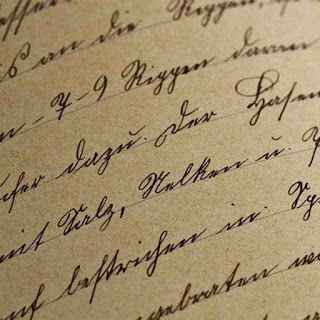 This Italian sonnet was divided into two parts, octave, and sestet, 8 in octave and 6 in the state. Normally the first line was synchronized to the fourth line and the second line to the third. The same method was repeated in the second term. Petrarch, I normally addressed Lady Larva in my sonnet, which he loved. Dante has addressed his sonnet to Beatrice. The poetic form achieved the most fame in Italy in the 15th century. In the early 16th century, it started spreading to Spain and France from where it later reached England.

The credit for taking Sonnet to England goes to W Wyatt and Surry.  Wyatt adopted the form of Petrarchan Sonnet and many of his contemporary poets followed this form. Thus, this form gained fame very quickly. Although Wyatt was never a great genius and did not compose a very important sonnet, he did introduce English poetry in at least this way.

Hence its contribution to Sonnet's fame cannot be ignored. He first added excitement, emotion and enthusiasm to the poem. Her love songs add some sense of high beauty. He wrote about 31 sonnets and all of them have poetic superiority, aesthetic high emotion. He translated 10 sonnets of Petrarch. In all of them, Wyatt adopted Petrarch's method. Some of them include novelty by Wyatt, he ends up with a couplet. His voice is full of thought everywhere. His design suggests that he experienced some difficulties in adopting this new form.

Popular posts from this blog

May 22, 2018
Poetry: Definition types and History  Poetry  (from the Latin Poeta , a poet) is a form of literary art in which language is used for its aesthetic and evocative qualities in addition to, or in lieu of, it's apparent meaning.  Poetry may be written independently, as discrete poems, or may occur in conjunction with other arts, as in poetic drama , hymns, lyrics, or prose poetry. It's published in dedicated magazines, individual collections , and anthologies.   See Also  critically analyze John Keats' poem 'Ode on a Grecian Urn' Pic Source            Poetry and discussions of it have a long history. Early attempts to define poetry, such as Aristotle's Poetics, focused on the uses of speech in rhetoric, drama, song, and comedy.  Later attempts concentrated on features such as repetition, verse form rhyme, and emphasized the aesthetics of essays, and novels. From the mid-20th century, poetry has sometimes been more loosely defined as a fundamental creative u
Post a Comment
Read more

May 22, 2018
Western tradition Classical thinkers employed classification as a way to define and assess the quality of poetry. Notable the existing fragment of Aristotle's poetics describes three genres of poetry the epic, the comic,  and the tragic and develop rules to distinguish the highest-quality poetry in each genre, based on the underlying purposes of a genre. Later aestheticians identified three major genres: epic poetry, lyric poetry, and dramatic poetry treating comedy and tragedy as subgenres of dramatic poetry.   Aristotle's work was influential throughout the Middle East during the Islamic golden age, as well as in Europe during the Renaissance. Later poets and aestheticians often distinguished poetry from and defined it in opposition to prose, which was generally understood as writing with a proclivity to logical explication and a linear narrative structure. This does not imply that poetry is illogical or lacks narration, but rather that poetry is an attempt to rende
Post a Comment
Read more

What is Element of Poetry || Poetic form || English Literature

May 22, 2018
Element of Poetry   Prosody        Prosody is the study of the meter, rhyme, and intonation of a poem Rhyme and meter, although closely related, should be distinguished, the meter is the definitive pattern established for a verse (such as iambic pentameter), while the rhythm is the actual sound that results from a line of poetry. Thus the meter of a line may be described as being "iambic" but a full description of the rhythm would require noting where the language causes one to pause or accelerate and how the mater interacts of the language. Prosody also may be used more specifically to refer to the scanning of poetic lines to show meter. Rhythm  The Methods for creating poetic rhythm vary across language and between poetic traditions. Languages are often described as having timing set primarily, syllables or moras, depending on how rhythm is established, though a language can be influenced by multiple approaches. Japanese is a mora-timed language. Syllable-tim
Post a Comment
Read more